Community spirit is alive and well in Western Southland, after a group of rural rugby players turned up to help an injured Tuatapere farmer crutch 1300 lambs in under four hours.

Nathan Parris was already under significant stress due to drought-like conditions in Western Southland when he broke his collarbone in five locations in a dirt-bike accident on February 20.

The usually fit and healthy sheep and beef farmer endured a week-long wait for reconstructive surgery on February 27, and now faces a further five to six weeks recove

Tuatapere farmer Nathan Parris says he’s fortunate to have received help from family, friends and the local community since he broke his collarbone in five places in February– particularly the Waiaua Star Rugby Club, who crutched 1300 lambs for him before they were required to be moved to Canterbury.

“I actually didn’t realise it was broken in that many places until the surgery ... it was pretty agonising alright,” he said.

Drier than usual conditions since the beginning of the year had reduced feed availability on Parris’ 485 hectare farm, and as a result he had booked to move 1300 lambs to Canterbury using Alliance’s store stock facilitation service, but they needed to be crutched first.

Unable to complete the task himself, and with all contractors too busy to complete the job within the required timeframe, Alliance Western Southland livestock representative Blayne De Vries stepped in.

As the Waiau Star Rugby Club immediate past president, former senior side player-coach and current player, De Vries began calling around current and former club members to see if they could help.

“When I learnt about Nathan’s injury, I knew we had to move quickly to ensure he could have his lambs crutched and transported off the farm... There were too many lambs for just myself to crutch, so I got in touch with members of the Waiau Rugby Club,” De Vries said

“[I thought] there’s nothing wrong with asking, they can say yes or no ... quite a few were just sympathetic to Nathan’s situation I think.” 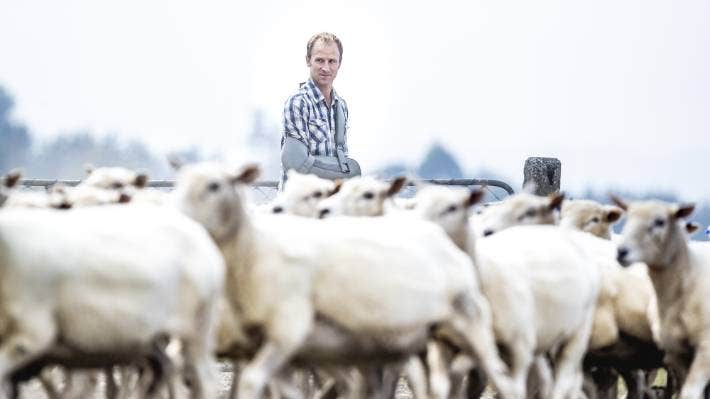 By 6pm that evening De Vries had wrangled together a group of 12, which included nine players and three former players.

“They had four guys at a time crutching, four dragging out, two doing wool and two penning up. It was incredible how fast they dagged 1300 and bellied another 200,” Parris said.

It took the team just over four hours to crutch all the lambs, despite some of them being unfamiliar with the process.

“It was a great example of the rural community pulling together to help each other out,” De Vries said.

Without the rugby club stepping in Parris would have had to delay off-loading the lambs a further one or two weeks, or until a contractor was available, at a significant cost to the business.

Parris credited the local community, family and friends, his farmworker, and his father-in-law, who had travelled south from Arrowtown to help out as soon as he heard of the injury, to keeping the farm running through his recovery period.

Stay in the loop

Sign up our newsletter and receive updates directly to your inbox.

Our Range Our Promise